Patient Partner Perspective: The Importance of Community During the Opioid Crisis 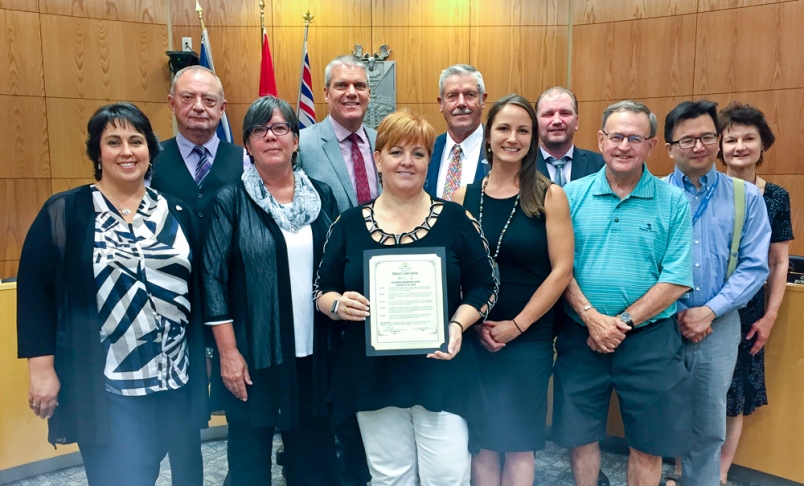 Around the world, August 31 is recognized as Overdose Awareness Day. This year, Fort St. John is taking this event one step further: two local groups, the Fort St. John Community Action Team and Healthy Fort St. John, have joined forces to organize a week of activities to help raise awareness around substance use. There is a focus on the growing issue of opioid use, as the province of BC named the opioid crisis a state of emergency in April of this year.

Northern Health recently worked with PVN to find patient partners to share their stories and experiences as part of the Fort St. John Community Action Team. Edwina Nearhood, a PVN Patient Partner, was asked to join this team given her experience in the community. We asked Edwina to tell us more about how the Community Action Team has put together the events for this week and what it’s like to be involved in work that addresses such a pressing issue across the province.

Edwina’s role as a patient partner

Edwina, who is involved with other committees through PVN as well, is passionate about this substance use work because it’s her home and community. She feels especially close to the opioid crisis: “I have been personally touched by it and through one degree of separation” with others in her life. She considers how this work lets her support a network of people, and encourages community members to be open and vulnerable around a sensitive subject.

She says that, though her first meeting with the rest of the Community Action Team was just a month ago, so much has already happened as a result. The team discussed organizing an event around August 31st and Edwina suggested that the city make a proclamation that the entire week be recognized as an opportunity to raise further awareness about the overdose crisis. And the mayor of Fort St. John made it so. (This isn’t the first time the town has made this type of proclamation; Fort St. John recently proclaimed June 6 “What Matters to You?” Day).

Some of the events that have been planned for the week include a session hosted by First Nations Health Authority around art, knowledge and culture in the face of addiction, Naloxone training hosted by Northern Health and harm reduction training led by Positive Living North, a candlelight vigil, and a community barbeque. Edwina mentions that it has been a particularly difficult time for Indigenous peoples in the community given forest fire evacuations, but everyone is banding together to continue this overdose awareness work.

Edwina feels that she is able to bridge gaps and bring people together through her experience and passion for the community. As part of the Community Action Team, she is able to ask the right questions in order to get further buy-in from health care partners to bring more patients into the fold. As for her other duties as a patient partner, she has been working closely with the project manager to write grant applications (they recently acquired $10,000 from the University of Victoria for their work), supporting Healthy Fort St. John for opioid dialogue, and working with community members with lived experience.

Edwina says that when she sees an opportunity to get involved in her community, she jumps on it. With the opioid crisis in particular, she says it’s important not to judge how people get to that point: “Even if you’re in a health care profession, remember there’s a person behind that pain.”

What’s next for the Community Action Team

Edwina is excited about a big event that Healthy Fort St. John is dreaming up in October to build on the awareness that this week is starting to create. She calls it a “living room in Fort St. John”, as they will construct an intimate setting for dialogue on the opioid crisis with a panel of speakers, including a mother and a son who will share their experience with substance use. The event planners have already arranged community sponsors for the food, venue and stage setting. They have been working with a First Nations lens, given the specific ways that the opioid crisis affects Indigenous peoples; they are also specifically looking to hear from women about their lived experience as it differs greatly from men’s experiences.

Thanks to Edwina for sharing more about her experience on the Community Action Team! For more information on what is going on for Overdose Awareness Day in Fort St. John, see a list of the events here. Find out more about what’s happening in other places across BC here.

Photo of the Action Team with city councilors from Alaska Highway News.