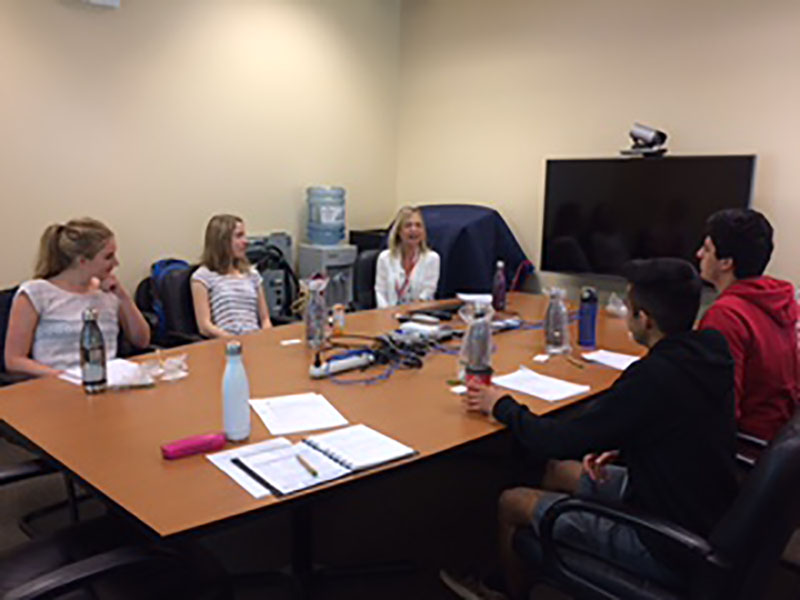 A crucial aspect of patient-centred care in BC is engaging those who truly represent the diversity in the province. One group often missed is youth, so Interior Health is working on ways to engage them in initiatives. In this post, our engagement leader Carol Stathers describes how Interior Health engaged high school students to get feedback on the organization’s new health portal:

MyHealthPortal is a new online tool launched in May 2016 to let Interior residents view lab results, diagnostic imaging reports, and appointments, as well as their personal health profile. As the project developed, a decision was made to allow access to any patient over the age of 16, and Interior Health launched a focus group to hear what younger residents thought of the idea.

Because there is no clear legislation in BC regarding the age at which a person can be given access to their health information, the discussions included:

Outcomes of the focus group

The students were quick to understand the benefits of MyHealthPortal and reaffirmed that access for minors was an important part of their engagement.
Jesse Koteles, Project Manager at Interior Health

Grade 11 Civics student, Gurshan Saran, whose family is originally from India, asked about immigrants and how accessible MyHealthPortal is for those whose first language is not English, which helped confirm the need for multi-language training materials, such as videos, that demonstrate the portal’s value.

Another outcome of the discussion included how to reach out to youth and encourage them to use the portal, once access is available. “There is an opportunity for Interior Health to increase awareness of the portal to reach the youth population. We will be working on developing a communication strategy to reach them,” said Jesse Koteles.

Other recommendations from students included creating an app or mobile friendly website, as well as providing computers at Interior Health locations for those who do not have one. If you are an Interior resident and over age 19, visit your local health unit with an email address and care card to set up your access to MyHealthPortal.