We notice that you’re using Internet Explorer, which is no longer supported by Windows and may have difficulty displaying some elements of our website. We recommend that you upgrade your browser.

Join Us in Sepsis Awareness Activities on World Sepsis Day

Sepsis is a life-threatening reaction to an infection that, without timely treatment, can rapidly lead to tissue damage, organ failure and, possibly, death. Since 2012, the BC Sepsis Network has promoted early recognition and treatment of this disease, which causes a death every 3.5 seconds around the world. On September 13, World Sepsis Day, you’re invited to join the Global Sepsis Alliance in the fight against sepsis!

World Sepsis Day is a moment to increase public awareness and remind health care practitioners that there is an urgent need to improve education and the quality of care. It’s also an occasion to show support and solidarity with those who have lost loved ones or, as sepsis survivors, suffer from long-term consequences of the disease. Let’s get together to remind everyone of all the things we can do to raise awareness for sepsis.

The BC Sepsis Network, a collaborative created by the BC Patient Safety & Quality Council to connect health care providers across the province to champion improvement and reduce morbidity and mortality associated with sepsis, created new information resources and will host an awareness event in Vancouver on September 13. Read on to see how you can participate!

Together with the Action on Sepsis Research Cluster, the BC Sepsis Network will spread the word about the risk of sepsis and the life-saving research taking place in BC by hosting a public awareness event in the heart of downtown Vancouver on September 13.

From 11:00 am to 6:00 pm, visit the World Sepsis Day Public Advocacy Booth at Robson Square to join health care professionals, patient partners and health researchers for activities like a sepsis trivia wheel and an interactive ‘map of knowledge’ where you’ll be able to share your understanding of sepsis. There will be prizes, music and, of course, the classic pink World Sepsis Day décor.

Other partners attending the booth include The Centre for International Child Health, BC Emergency Medicine Network and BC Support Unit.

Sharing stories of those who have survived sepsis leads to meaningful patient engagement in our work and adds to additional education for other patients, families and health care providers. Attending the advocacy booth on September 13 will be Richard and Bob, PVN Patient Partners who have had very personal encounters with sepsis. They’ll share their journey of survivorship and offer tips on how to pick up on the signs of possible sepsis and how to inform your health care providers: 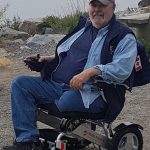 Having endured multiple health issues and surgeries, with sepsis occurring as a result of a bladder infection, Richard has since learned the signs and symptoms of sepsis and is keen to chat with those who are concerned or want to learn more about it. The impact of sepsis on Richard’s body has not slowed him down! He works on numerous hospital committees as a patient partner and volunteers as a Peer Councillor for the Canadian Coalition of Amputees, and he’s excited about sharing his story on World Sepsis Day. 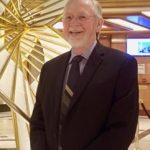 An avid writer and reader of James Patterson thrillers, Bob continues to endure the long-term effects of sepsis after nine years, but has learned how to compensate, adapt and continue with life. Now he shares how sepsis can alter one’s life and create a new level of ‘being’ and, at the same time, show that we are probably more resilient then we think.

Both Bob and Richard presented common signs and symptoms of sepsis that are initially similar to other illnesses. A message they both share is the advice for patients, family members and health care providers to start asking, “Could it be sepsis?”

Want to learn more? Find us on September 13 at Robson Square. We’ll have lots of information and stories to share with you!

Can’t visit the booth on September 13? No problem: here’s how you can help

Learn more and help spread the word about sepsis

In collaboration with Vancouver Coastal Health, Langara College and Providence Health Care, we developed materials to help you learn about the risks, signs and symptoms, and ways you and your family can get ahead of sepsis. Check out our patient brochure and infographic to learn more!

This info kit has suggestions of social media posts, helpful tools and other ideas to help spread awareness about sepsis and World Sepsis Day.

Read sepsis survivor stories and join the BC Sepsis Network

Many people have had very personal encounters with sepsis; some stories end on a positive note, and some paint a picture of the difficult road that many sepsis survivors face. Throughout Sepsis Awareness Week (September 9-13), visit the BC Sepsis Network website to read sepsis survival stories, and join the Network to stay up-to-date on sepsis care in BC!

Sarah Carriere is a Leader for the Health System Team at the Council. A proud Registered Nurse for 15 years, Sarah branched into the world of patient safety and quality improvement to support point-of-care staff with their ideas for improving the health care environment. Sarah co-leads the BC Sepsis Network, a collaborate that connects physicians and nurses in the province who could champion sepsis improvement locally, with the aim of reducing morbidity and mortality associated with sepsis.

PVN has really helped us engage with patient partners to improve health services at Northern Health.  It is more and more becoming the norm to include patients in the design, delivery and evaluation of health services.  PVN education and supports, involving patient partners, have enabled us to develop the capacity to include the patient voice to make care better and achieve better health outcomes.